Sounds of the Slopes

You haven’t been skiing in a while but you’re back. You get togged up on the first day and hit the slopes and you’re hit with a sensory overload. As well as the adrenaline which pumps through your veins and delightful snowy treats for your eyes, the ears are also gleefully reminded of some of the best sounds around. Here are some of my favourite “ski sounds” which bring a smile to my face (I would’ve said ears, but I can’t get them to smile):

The swish of ski trousers as you walk

That sound when you first walk out of your accommodation is pure music to my ears. It’s like the music at the start of a film, you know what’s coming next!

The harder it is to get that clunk shut noise, the more serious you are about the day ahead. Woe betide you discover you have a wrinkle in your sock, or you’ll have to start the entire process again.

The click of a boot locking into a ski binding

This sounds equals in words to “Let’s do this, I’m ready.” The ratcheting of a snowboard binding

The clang of a button lift pole

As it circles round at the bottom of the lift and clatters into the others in front of it, it almost sounds as if something is going wrong but as a seasoned skier you know it as a very normal and welcoming sound. As a beginner this can be a very daunting sound!

The inside of a metal drag lift pole

There’s something stretched between the top and bottom of the pole which continues to ding about all the way up to the top! 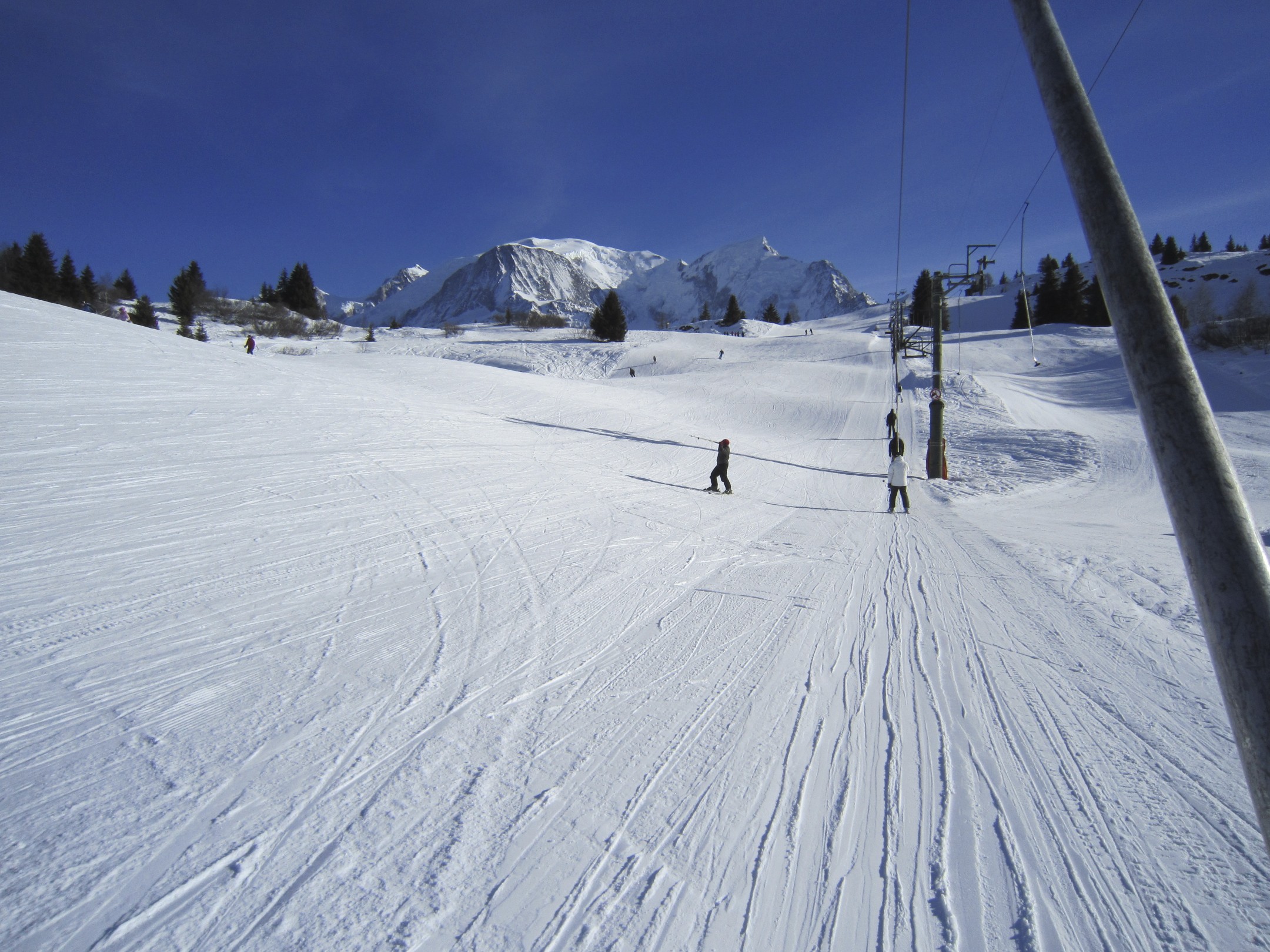 This is quite possibly one of my favourite sounds in the world. It’s anticipation, mild panic as to whether it’ll fall off, the onset of adrenaline as you ascend higher and higher up the mountain.

Such a wondrous, peaceful sound which nature allows us to be a part of. 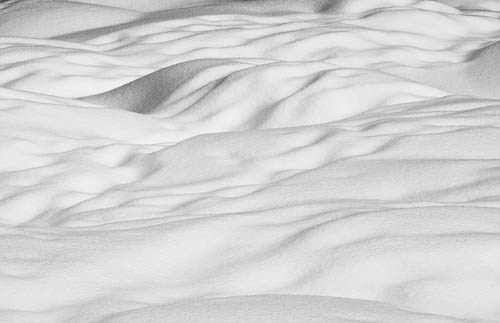 The sound of snowflakes landing on your ski jacket

Often silent, but every now and then almost audible and when they are, it’s like something out of a fairytale, almost as magical as fairy dust.

There aren’t many situations where you are in control of your own body without the aid of a machine and can reach speeds of a car. Skiing is pretty unique as a sport in it’s ability to combine snow and planks of fibreglass to create incredible speeds for us to propel ourselves downhill with. Don’t you just love that sound of windy speed?! 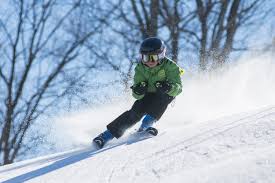 Catching the first lift is an art. Being the first to ski down a perfectly groomed piste is a gift. The sound of your skis cutting through those highly manicured and crispy ridges is a sound to behold. 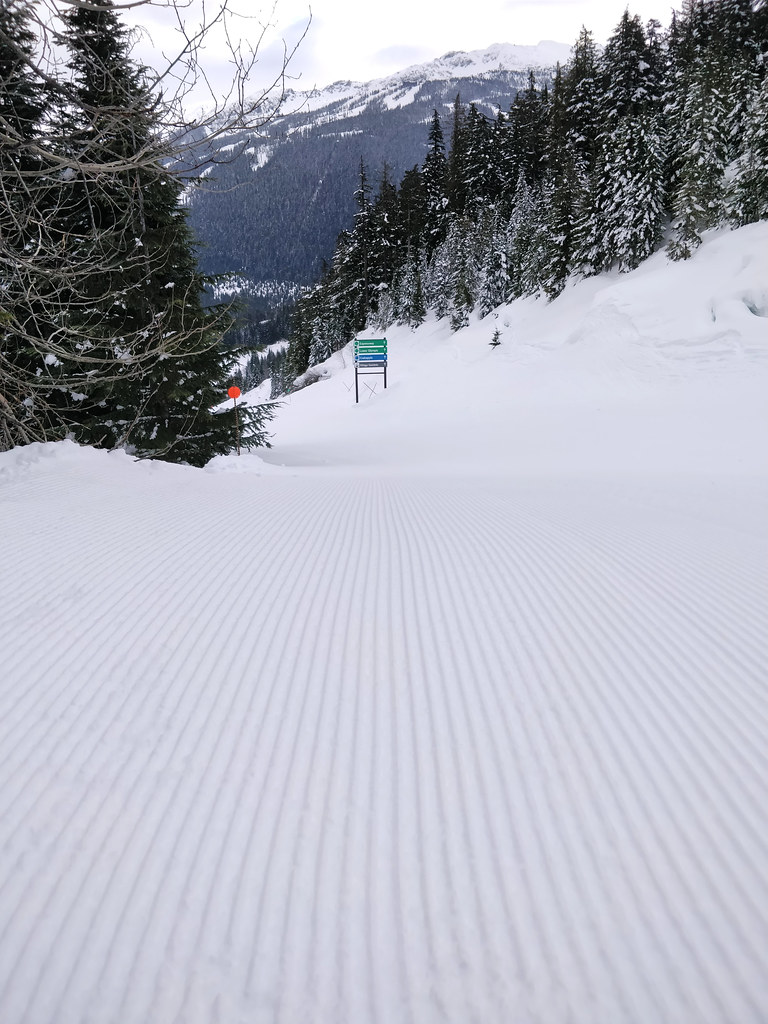 A snowboard gliding through virgin powder

It almost sounds like a wave whispering. It’s euphoric. Not much can beat light and fluffy virgin powder. 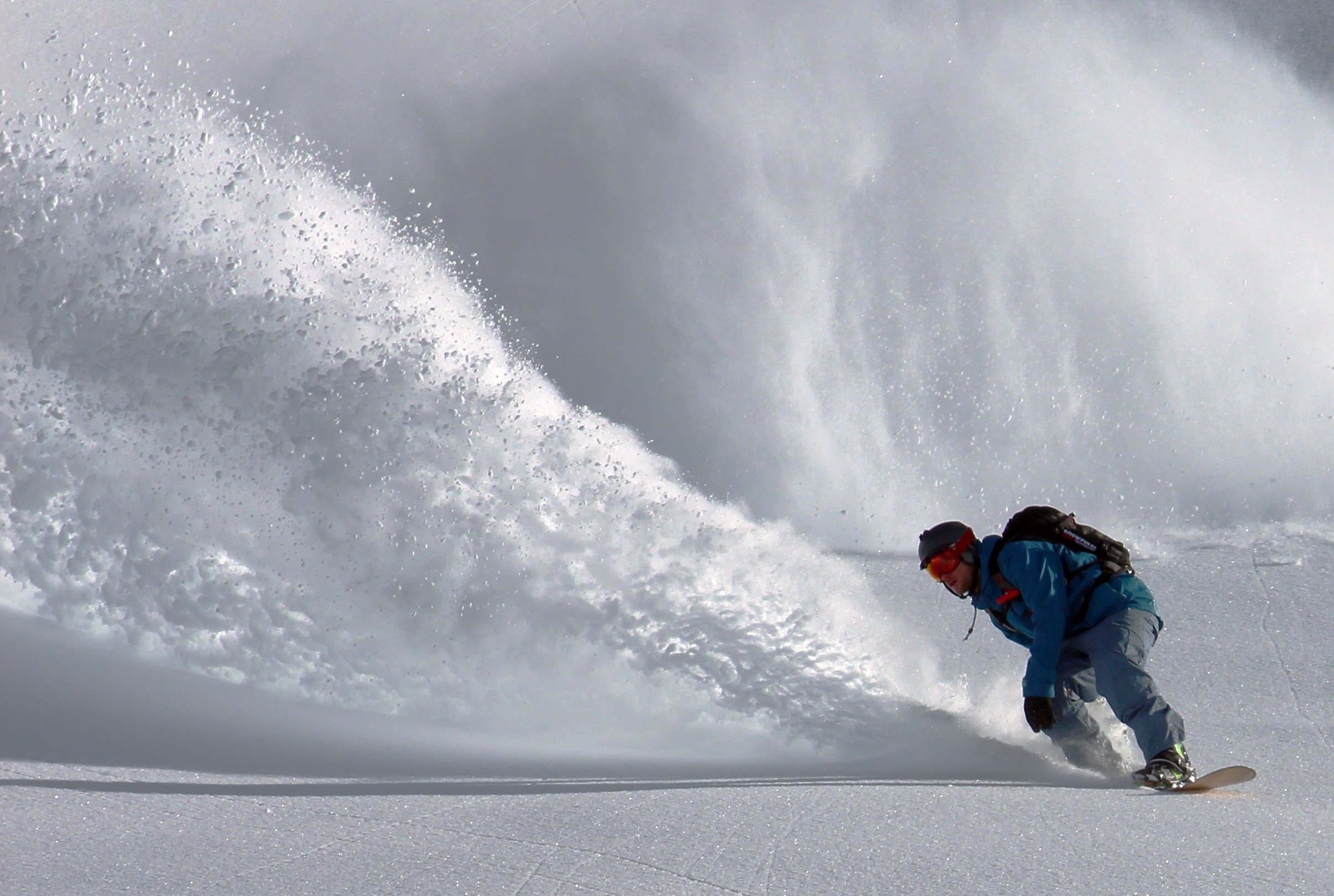 An après ski bar pumping out music a long distance away

You know it’s over the brow of the next ridge, you know you’ll see smiling people dancing on tables when you get there, you know happiness is flowing to you via the airwaves. You’ll be there soon.

The ding of ski poles being banged together

This can either be by people as they start a fast descent or, often, by a ski intructor attempting to get the attention of his group. It’s a bit like the clapping of hands in the ski world (because clapping your hands in ski gloves isn’t that successful). 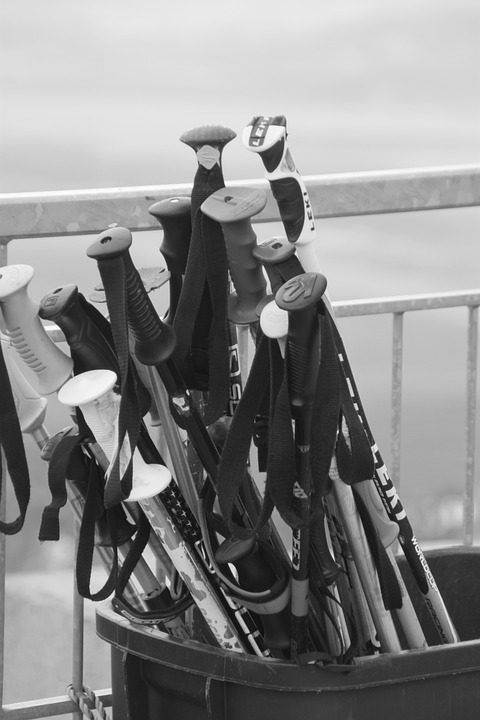 The grind of a board on a metal rail

Fear, elation, anticipation, glee, adrenaline. Depending on your ability the emotion this sound invokes in you may be very different.

The one-two creak of ski boots walking down a road

It’s almost like the clip-clop of a horse. Somehow each footstep you make now contains two parts. One-two, one-two. You can’t walk quickly. You feel like you’re doing some kind of weird dance move. Newbies will find this really alien. Dab hands will make it look effortless.

The sliding sound of matching skis together

They slide against each other beautifully, then magically stop and interlace at the bindings, allowing you to hoist them on your shoulder like a pro… hopefully!

There always seems to be a momentary silence as those doors thud shut, the outside sounds of skiers and machinery is closed out and everyone waits for the initial movement of the lift before resuming their conversations.

The whines and whirrs inside a lift station

There are so many humming noises, clunks and clangs which come from inside a lift sation, as well as the sounds of passengers walking on rubber and concrete, clambering into lifts, lift staff giving directions. It’s always a hubbub of movement and noise, with a distinct undertone of excitement at getting up, up and away! 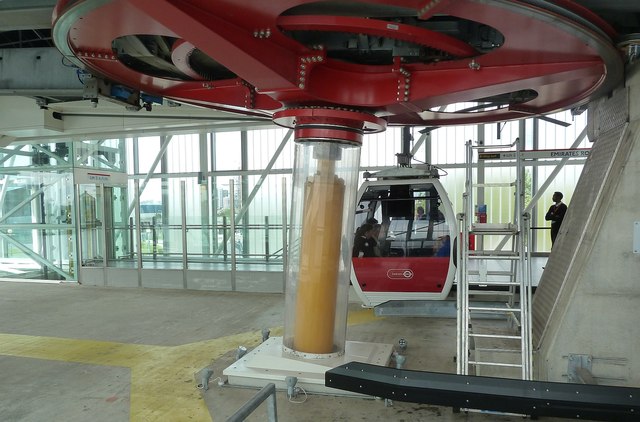 A slalom pole being attacked by a speedy skier

This is one aggressive, determined and lethal sound!

The thumping landing of a board after a big jump

The whooshing thud is electric as you land before speeding away. 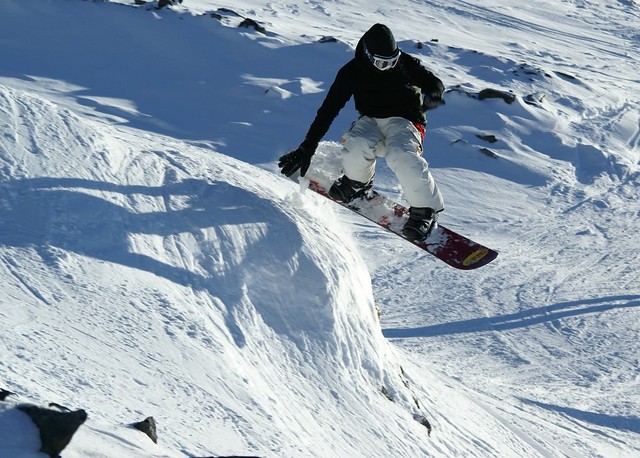 I’m sure there are lots more wondrous sounds.  Enjoy every second and every sound on the slopes!

Can you think of any more?  Need a ski holiday?  Message us on our Facebook page! 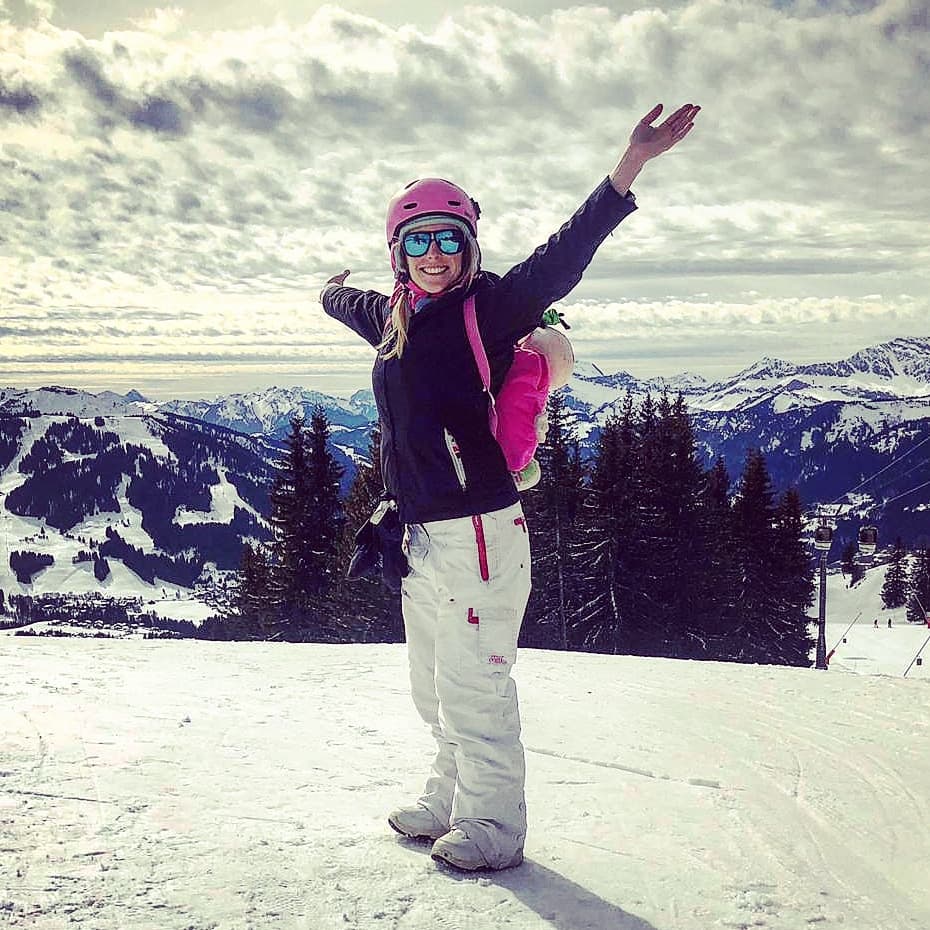 An independent travel agent who, in a past life, was an English teacher as a second language. I’ve lived in ten countries from China to the Caribbean and love to get off the beaten track and in touch with locals when I travel. I’m the kind of traveller who likes rugged or luxurious, but not the run of the mill! 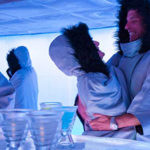 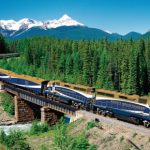 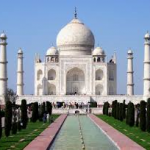